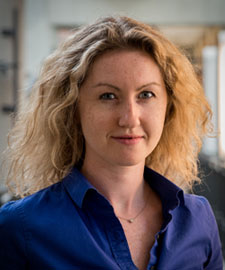 Irena Kemelmacher-Shlizerman joins the Computer Science & Engineering faculty after three years as a postdoctoral researcher at UW CSE. Her research is focused on problems in computer vision and computer graphics. Her recent work to develop computational tools that can capture, model, and render a person’s appearance (particularly facial characteristics) and behavior from the billions of photos that can be found online or in personal photo collections is now part of Google's Picasa “Face Movie” feature. “Exploring Photobios,” as the project was called, was highlighted by CBS, MSNBC, New Scientist, and others.

Irena’s honors include the 2011 CRA Research Video Award for “Exploring Photobios” and an Adi Shamir Award from the Weizmann Institute.