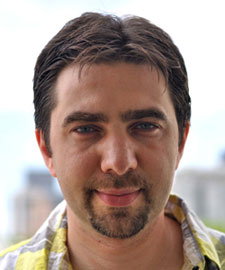 Ben Taskar will join Computer Science & Engineering in spring 2013 from the University of Pennsylvania. He is currently the Magerman Term Associate Professor in the Department of Computer and Information Science at the University of Pennsylvania. Ben’s primary research interests are machine learning and its applications to computational linguistics and computer vision – helping computers to process visual information and understand human language. He has focused on several general themes related to applications: learning from weak supervision, computational trade-offs in structured prediction and probabilistic models of diversity.

Ben’s work has been recognized with an NSF CAREER Award, a Sloan Research Fellowship, and an Office of Naval Research Young Investigator Award.