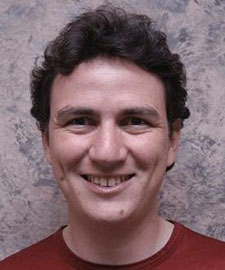 Carlos Guestrin joins Computer Science & Engineering from Carnegie Mellon University, where he was the Finmeccanica Associate Professor in machine learning and computer science. He is also the co-founder of GGideaLab, a start-up for monetizing social networks. Previously, he was a senior researcher at the Intel Research Lab in Berkeley.

Carlos’ honors include a Sloan Research Fellowship, a Presidential Early Career Award for Scientists and Engineers, the IJCAI Computers and Thought Award and he was named one of the 2008 “Brilliant 10” by Popular Science magazine.