Sheldon Levias is a familiar face in the College of Engineering, where he leads the Engineering Academic Center (EAC) and works with tutors and students to help them develop math, physics, chemistry and study skills. But what may be less familiar is the path that led him to his current role, which illustrates the importance of making connections in college and beyond.

Growing up in Seattle, Levias always expected to attend the UW, the same as his parents. “It wasn’t something we talked about explicitly, but I had it in the back of my mind that’s where I’d go to school,” he recalls. 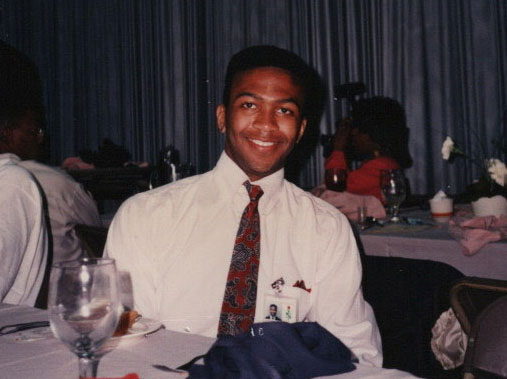 Levias at the NSBE National Conference, 1990

In middle school, Levias excelled in math but felt isolated from the other kids in his classes, who were mostly white. In high school he joined MESA (Mathematics, Engineering, Science, Achievement), a program designed to support underrepresented students for STEM education and careers. From there, he was invited to participate in a UW summer bridge program, today known as the Minority Scholars Engineering Program (MSEP), and began connecting with like-minded students. The program provided him with lifelong friends and a supportive community when he arrived at the UW to study engineering. It also introduced him to Dave Prince, at that time in his first year with the College. Prince went on to guide the EAC and MSEP programs for 25 years and became a mentor to Levias.

Although Levias had a community at the UW through MSEP and the UW student chapter of the National Society of Black Engineers (NSBE), a series of negative experiences led him to rethink his chosen field. Like many underrepresented students, he struggled with impostor syndrome. In a challenging calculus course during his first year on campus, Sheldon’s instructor informed the class that if they didn’t do well, they would likely not succeed as an engineering student. “Even though I had a community at the UW, I didn’t want to admit I was struggling and thought I was on my way out,” he says. His lowest point was during the summer of his junior year, when he took a job as a junior engineer in Alaska and found himself in an isolated environment as the sole Black engineer. He was told by his supervisor that he “just didn’t fit.” 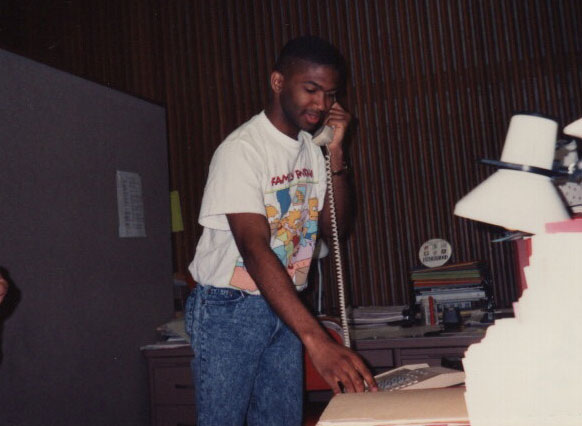 Levias working as a MSEP student assistant in the early '90s

When he returned from Alaska to complete his studies, Levias contemplated quitting his degree program and leaving the UW. Around that time, he took a job at a math hotline through MSEP to earn extra money for books. As he helped students work through math problems over the phone, something shifted.

“Tutoring made me feel like I was accomplishing something worthwhile,” Levias remembers. He had found his calling: teaching. He finished his electrical engineering degree and decided to pursue graduate studies in education, eventually earning a doctorate.

After various jobs that blended his interests in film and education, Levias applied to fill his longtime mentor’s positions at the EAC when Dave Prince retired in 2014. The opportunity to help students like him, who might be feeling unsure and alone, is what fuels him. “I’ve had this roundabout journey where I started in engineering, got disillusioned, but ended up coming back and being happy although there were some low points along the way,” he says. “I figured I could share with students who are also making that journey.” 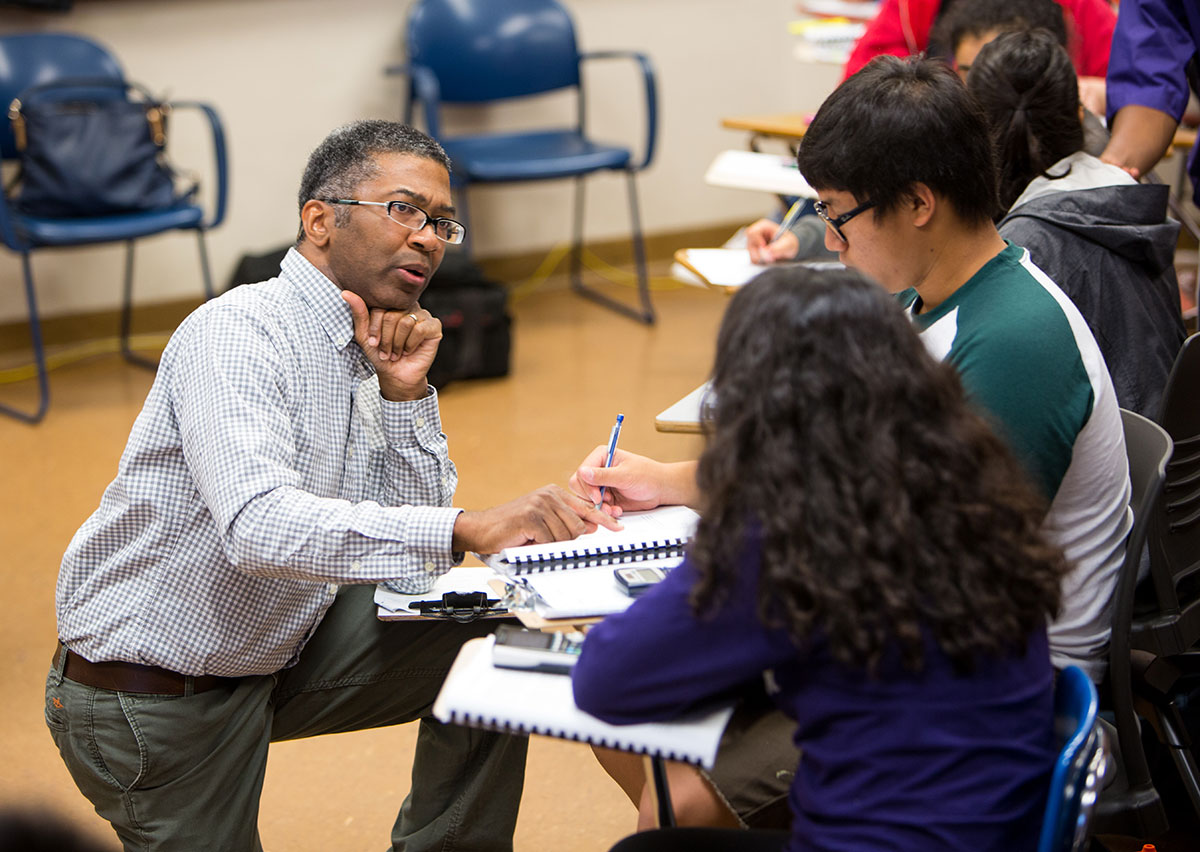 Levias instructing a course in 2017. Photo by Matt Hagen

In many ways, Levias has come full circle. Today, he’s the adviser to NSBE, talking with Black engineering students and sharing his experiences. “There’s not just one single Black experience, even with other Black folks,” he says. “There’s a myriad of experiences of being Black in America, and it’s a very complicated issue. Organizations like NSBE offer a space where Black students can have conversations with other Black students about their experiences and talk about the nuances of their experiences. With everything since George Floyd last spring, having these conversations and bringing them out on the table is critical.”

As for what’s in the future, Levias is looking forward to being able to connect with students in-person again. Though the past year has been challenging in many ways, he is inspired to see students making their own connections at the UW.

“My engineering experience just felt very technically focused, but students also need to have a broader societal perspective about what we can do to serve the needs of folks from different communities,” he says. “Today, students in NSBE and many students of color that I’ve talked to have a greater sense of injustices and structural impediments that hold people back. Being involved in organizations like NSBE or the Society of Hispanic Professional Engineers (SHPE) or the American Indian Science and Engineering Society (AISES) can give you a broader perspective than if you just stick to taking your classes.”

Learn more about the Engineering Academic Center, where students hone the skills they need to succeed in introductory math, physics and chemistry courses.