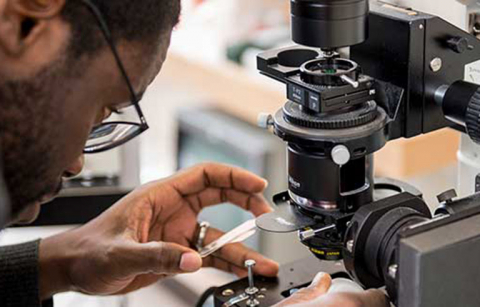 Microbes will lead the way

Researchers use cloud computing to understand how to turn Lake Washington microbes into allies for a cleaner world. 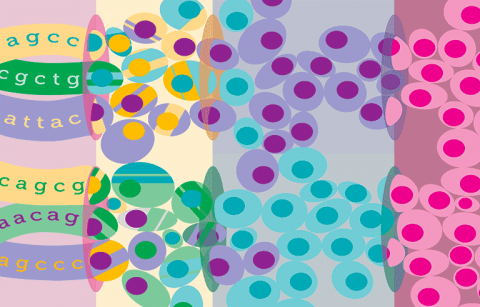 Researchers at the University of Washington and the Allen Institute for Brain Science have developed a new method to classify and track the multitude of cells in a tissue sample. In a paper published March 15 in the journal Science, the team reports that this new approach — known as SPLiT-seq — reliably tracks gene activity in a tissue down to the level of single cells. Senior author is Georg Seelig, a UW associate professor in EE and CSE. The article includes a video illustration of the concept using ping-pong balls. 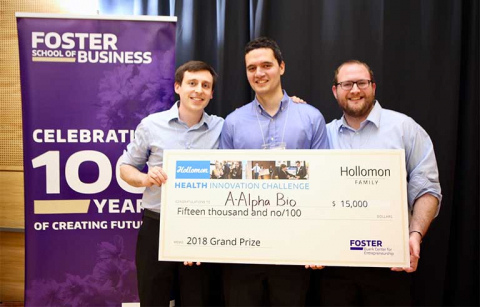 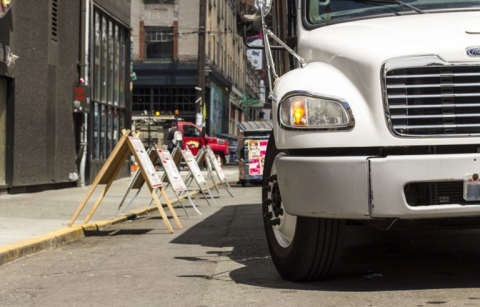 The Seattle Department of Transportation (SDOT) and the University of Washington’s Urban Freight Lab at the Supply Chain Transportation and Logistics Center (SCTL) have analyzed solutions for alleviating urban congestion by making truck parking spaces more productive and reducing the growth of truck traffic. 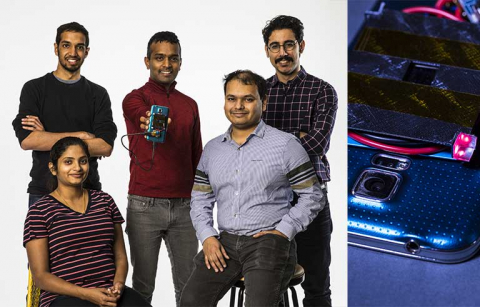 Although mobile devices such as tablets and smartphones let us communicate, work and access information wirelessly, their batteries must still be charged by plugging them in to an outlet. But engineers at the University of Washington have for the first time developed a method to safely charge a smartphone wirelessly using a laser. Co-authors of a new paper are Shyam Gollakota (CSE) and Arka Majumdar (EE and physics). 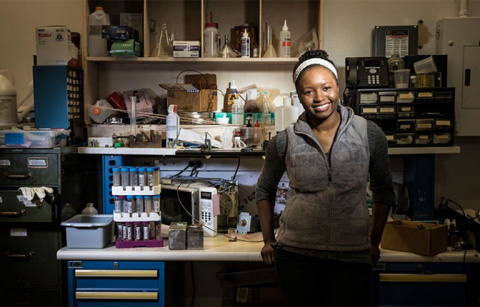 Nearing completion of a dual Ph.D. in aerospace engineering and astrobiology, Osazonamen Igbinosun reflects on her journey from U.S. Navy pilot to UW engineer, scientist and mentor. 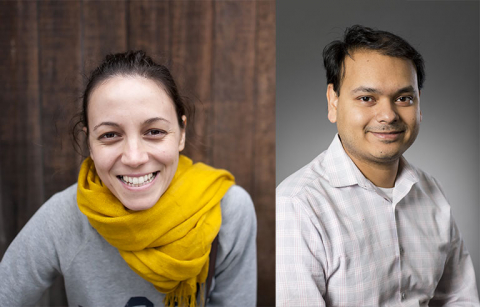 Five faculty members at the University of Washington have been awarded early-career fellowships from the Alfred P. Sloan Foundation. Among the new Sloan Fellows, announced Feb. 15, are Maya Cakmak, assistant professor of computer science and engineering, and Arka Majumdar, assistant professor of electrical engineering and physics. The fellowships honor early-career researchers whose achievements mark them as the next generation of scientific leaders. 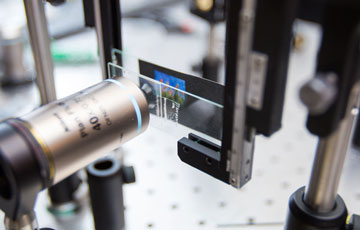 For photographers and scientists, lenses are lifesavers. They reflect and refract light, making possible the imaging systems that drive discovery through the microscope and preserve history through cameras. But today’s glass-based lenses are bulky and resist miniaturization. Engineers at the University of Washington have successfully combined two different imaging methods — an ultrathin lens along with robust computational processing — to create full-color images. 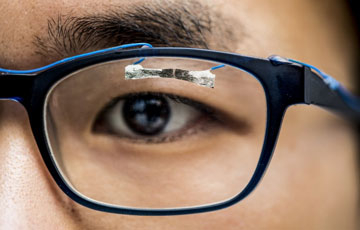 University of Washington engineers have turned tissue paper – similar to toilet tissue – into a new kind of wearable sensor that can detect a pulse, a blink of an eye and other human movement. The sensor is light, flexible and inexpensive, with potential applications in health care, entertainment and robotics. Airplanes? Fossils? Health care? Accessibility? Whatever you’re into, the WOOF 3D Print Club wants to show you how it can benefit from 3D printing 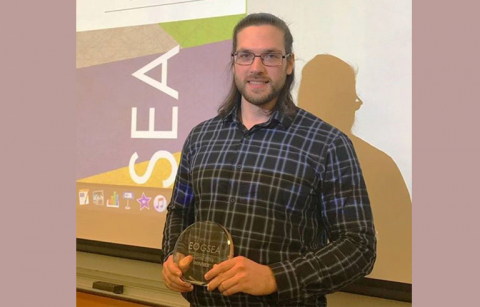 Geek of the Week: Univ. of Washington’s Robert Masse plugs into analytics to build better batteries

Materials Science & Engineering graduate student Robert Masse is passionate about renewable energy technology and its potential contribution to addressing climate change. His business, Astrolabe Analytics (formerly Cloud Instruments), focuses on improving battery analytics to assist in the quest for better batteries. Masse recently won the Global Student Entrepreneur Award and is featured in GeekWire as a "Geek of the Week." University of Washington, Pacific Northwest National Laboratory team up to make the materials of tomorrow

The outsized impact of materials science on today’s world has prompted UW and Pacific Northwest National Laboratory to create the Northwest Institute for Materials Physics, Chemistry and Technology — or NW IMPACT. The new joint research endeavor will power discoveries and advancements in materials that transform energy, telecommunications, medicine, information technology and other fields. Researchers from the Molecular Information Systems Lab at the University of Washington and Microsoft are looking to collect 10,000 original images from around the world to preserve them indefinitely in synthetic DNA manufactured by Twist Bioscience. DNA holds promise as a revolutionary storage medium that lasts much longer and is many orders of magnitude denser than current technologies. 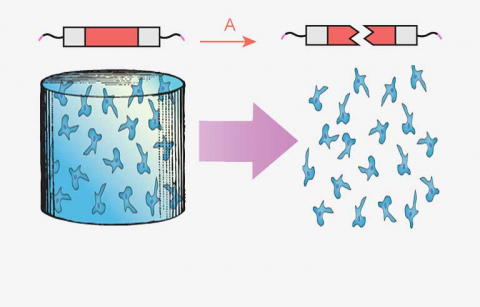 UW scientists have built a biomaterial-based delivery system that uses mathematical logic to target therapeutics with a high degree of precision. When specific physiological conditions are met, the casing dissolves and releases its therapeutic freight. The UW Reality Lab will focus on developing next-generation virtual and augmented reality technologies and educating an industry workforce. STARS is part of the effort to grow the pipeline of Washington students who will graduate and enter high-demand STEM and health care fields, a public-private partnership was initiated in 2011 to support low- and middle-income students as they earn their bachelor’s degrees and enter the workforce. UW Engineering celebrated two major fundraising and construction milestones on Wednesday for the Bill & Melinda Gates Center for Computer Science & Engineering, which will allow the UW to double its annual computer science and engineering degree production, offer an unparalleled education to more of Washington’s students and grow its high impact research programs. The University of Washington has launched a new institute aimed at accelerating research at the nanoscale: the Institute for Nano-Engineered Systems, or NanoES. Housed in a new, multimillion-dollar facility on the UW’s Seattle campus, the institute will pursue impactful advancements in a variety of disciplines — including energy, materials science, computation and medicine. 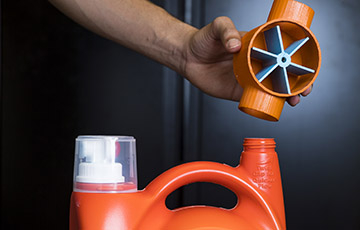 In first, 3-D printed objects connect to WiFi without electronics

UW engineers have developed the first 3-D printed plastic objects that can connect to WiFi without electronics. 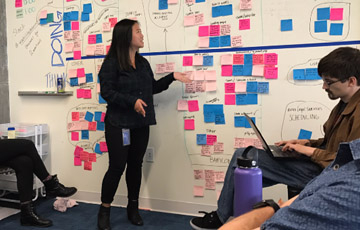 How I made the most of my Avvo internship

STARS student and HCDE major Tuyen Truong gives students advice about how to make the most out of internship experiences. Thanks to scholarships, CEE senior is ready to make an impact

Tammy Teal, a CEE major and STARS participant, discusses her UW experiences in the Civil and Environmental Engineering departmental magazine. Teal hopes to put her engineering skills into practice by improving access to clean water in developing countries. In the aftermath of the Central Mexico earthquake, a team of researchers including professor Pedro Arduino and Jake Dafni travel to Mexico to gather perishable data.