WiSE Beyond Their Years:
Women in Science and Engineering

Elise Groves is proud to continue her family's engineering legacy – with a twist. Upon graduating from the UW in 2014, she will become a third-generation engineer. Following in her father's and grandfather's footsteps is rewarding, but it has also been a journey to find equal footing. As the first woman in her family to pursue engineering, she couldn't always look to them for role models.

"Engineering is a male-dominated field and sometimes it's a struggle to attend class and realize you're the only female. In the back of your mind, you wonder if choosing another field would be easier," says the 21-year-old. "It's programs like WiSE that made me realize female engineers really do exist."

Creating equal gender opportunities benefits the sciences and engineering. "We bring our own, unique perspectives and when you combine women and men, it creates a fuller, whole picture," says Groves.

Anne Goodchild, assistant professor of civil and environmental engineering, understands firsthand the impact of WiSE. For her, the seed to pursue engineering was partially planted when a WiSE group presented at her California high school. "In hindsight, it was really powerful. Even for upper-middle class students like me, the exposure made an impact," says Goodchild. "There are so many messages sent to girls that they should do other things and it undermines their confidence. WiSE makes a difference in helping counteract that."

UW Leading the Nation in Women in Engineering

The UW's efforts with a variety of programs to increase the number of female students have yielded solid results. According to the National Center for Education, in 1988 only 15.4% of engineering graduates nationally were women. Over 20 years later, the American Society for Engineering Education (AS EE) reported that the UW's 24% undergraduate rate in 2011 was ahead of the 18% national average. While parity has yet to be reached across the board, some engineering disciplines demonstrate particular progress. According to AS EE, for the 2010-2011 academic year, 48% in UW industrial and systems engineering graduates were women, 41% in bioengineering and 37% in chemical engineering.

"Every one of those fields is known to have strong, positive social impacts. Women tend to choose engineering areas where they see more social benefit," says Suzanne Brainard, current executive director for the Center for Workforce Development. Brainard, who designed and implemented the Women in Engineering Initiative and formerly oversaw WiSE, believes that reframing the discussion was essential to making progress. "This isn't an issue of 'fixing' women. Research showed that women don't decide against engineering or drop out of programs because of personal failure. Their grades are often better than the men," says Brainard. "We had to work towards institutional change. How can we (the education system) be more supportive and emphasize these fields as available options to young women?"

Impressive progress has been made in the last 20 years, but there is also much that remains to be accomplished. "It's labor-intensive to run these programs and takes a lot of people power and financial support," says Brainard. To safeguard the progress already made and to continue moving forward, ongoing and vigilant advocacy is essential. 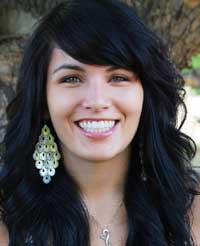 A major way that WiSE helps the UW achieve that mission is through early outreach. "The transition from high school to college and the first two years at university are crucial in encouraging young women to pursue disciplines such as engineering," says Cathryne Jordan, WiSE program manager.

Many female students are not overtly or intentionally discouraged. Rather, they are deterred by feelings of isolation and the lack of role models. "Some people don't mind being in the minority, but it can be overwhelming to come from a typical high school where the classes are about (gender) even one of only a few girls in a class of 100. No one really has to say anything (negative) for it to feel intimidating," says Alexandra Gramling. Gramling served as a WiSE board member and graduated this year with a mechanical engineering degree. She will pursue her engineering master's degree at the UW this fall.

In addition to providing students opportunities to connect with their peers, having female, academic role models is equally important. Anne Goodchild specifically chose to come to the UW as a faculty member because of its welcoming environment. "Our department has hired a lot of really talented young women. I think in the long-term, we (female professors) support the younger generation by obtaining positions of leadership and influence and that filters through," By Deanna Duff says Goodchild.

A Community of Support

WiSE offers several events and partners with the Society of Women Engineers and Phi Sigma Rho, a sorority of women engineers, to provide ongoing, community support. WiSE receives some university funding, but is largely supported by industry contributions, individual gifts and volunteers. Students and alumni serve on the advisory board planning and overseeing projects. To fully connect the various communities, the annual WiSE conference is the program's flagship event hosting high school students, current and pre-engineering college students, faculty, alumni and industry leaders. Held every winter, a few hundred attendees network and attend lectures and workshops. This not only creates a sense of community, but also encourages long-term consideration of how to eventually integrate into the workforce.

For major industry leaders like Microsoft, Boeing, BP, CIS CO and Intel (among the many WiSE corporate sponsors), cultivating exceptional women engineers is mutually beneficial. "There aren't many companies today that aren't building worldwide products. Any aspect of diversity that you can bring to the team, including women, is critically important. The more collective knowledge, the better the product in the end," says Debra Dove, a 1998 UW computer engineering graduate. Dove works at Microsoft and, as an alumna, has repeatedly participated in WiSE events.

The current generation of students who have benefited from WiSE are already doing their part. They have learned the value of not only being great engineers, but good citizens who want to inspire future generations.

"When I have kids, whether they're boys or girls, I hope they'll be engineers!" says Gramling.

WiSE/LSAMP Coffee
A quarterly session where you can mentor aspiring female engineers.

Women in Engineering Conference – March 2, 2013
Volunteer as a speaker, mentor, or participant in this annual event.

Give to the Suzanne G. Brainard Scholarship for Diversity in STEM
This fund awards an annual scholarship to an exceptional student who impacts STEM diversity.