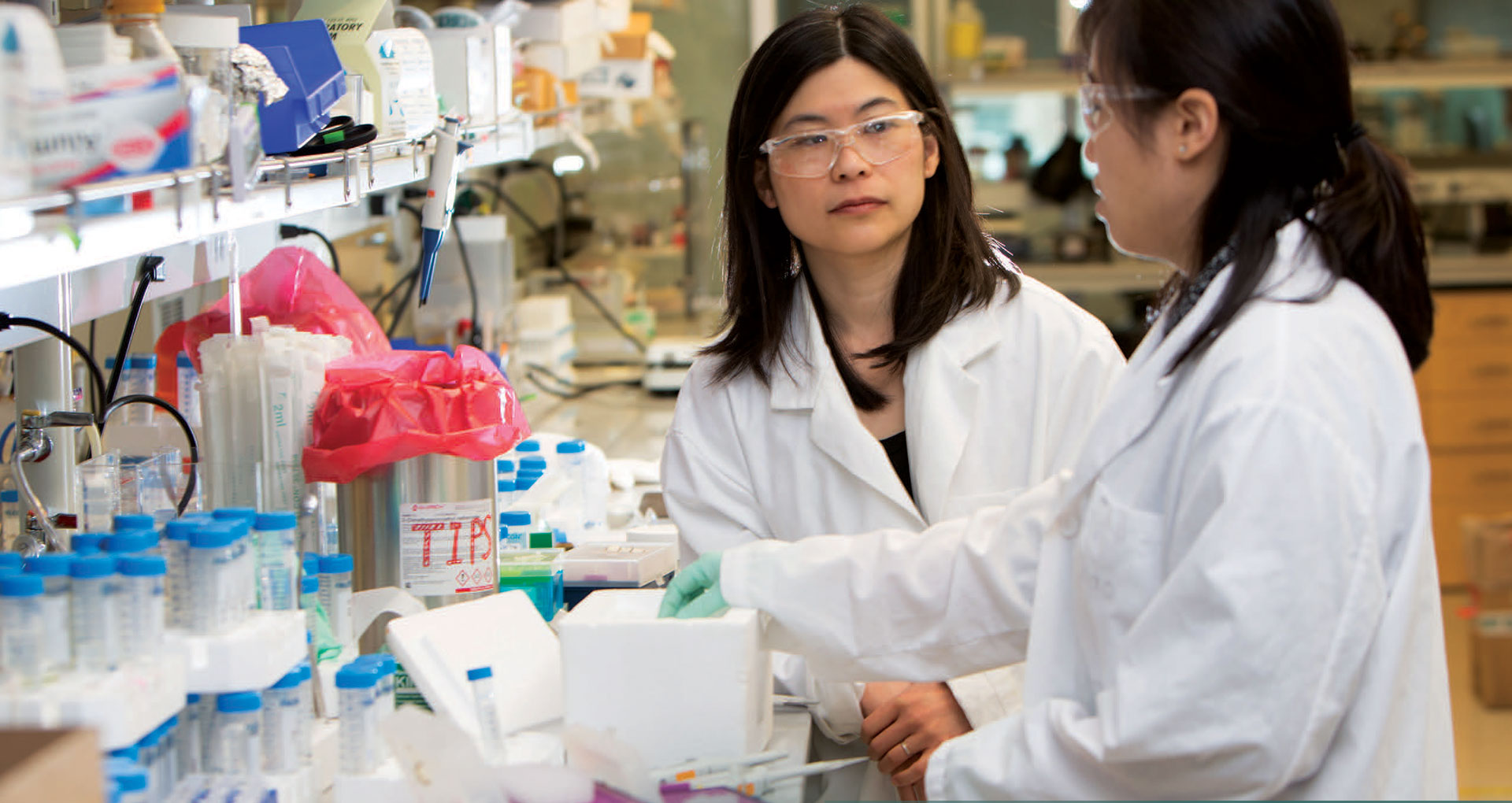 Cross-links make things stronger. That’s the idea behind PolySTAT, a UW-developed material designed to strengthen blood clots and stop bleeding in people with severe, life threatening injuries. It also describes the process that led to the innovation, which may one day save the lives of countless trauma patients and soldiers wounded on the battlefield.

The project, led by professor of bioengineering Suzie Pun and professor of emergency medicine Nathan White, represents one of those rare but thrilling scientific episodes where discovery unfolds smoothly and quickly: barely two years elapsed between the researchers hatching the idea and having results ready to submit to a top scientific journal. By building on each other’s strengths, the pair precisely defined the problem — and quickly forged a solution.

White came to the University of Washington in 2010 looking to work collaboratively on technologies to stop bleeding, the second leading cause of death from traumatic injury. When he found out about Pun's work, he had an inkling she might be able to help and set up a meeting.

Pun, a biomaterials specialist, had worked with doctors before, but her focus was getting drugs to the central nervous system or delivering them precisely to cancer cells. "I had a lot of really basic questions," Pun recalls of that first, hour-long meeting about three years ago that launched their collaboration. "What is in a clot? How does a clot form?"

Under normal conditions, the body’s clotting system is exquisitely tuned to respond rapidly to injuries without interfering with the flow of blood through healthy vessels. Circulating blood cells called platelets form a temporary plug at the site of a cut, which is reinforced by a net of proteins called fibrin. More than a dozen enzymes called clotting factors help to orchestrate the process.

But when traumatic injury causes major blood loss, this system becomes dysfunctional. The body “starts to make these straw-house clots that just get blown away by the flow of blood,” says White, and its clot-removal system becomes overactive, breaking down incipient clots too quickly.

Many trauma patients die from blood loss within minutes of reaching the hospital. Many others never make it there.

The researchers realized that, with a few tweaks, the materials Pun’s lab had been working with might be able to address these problems. Her team was using a process called controlled polymerization to make large molecules with precise composition and size. They were also perfecting ways to attach short chains of amino acids called peptides to these polymers, so they could precisely bind to particular molecules in the body.

"When I think back on it, it’s kind of amazing, because our technology was just right there waiting for Nathan to walk in the door. "We had just never thought to target clots."

Within a couple months of that first meeting, Leslie Chan, a graduate student in Pun’s laboratory, had designed and produced the molecule that is now called PolySTAT: a polymer backbone attached to multiple short loops of a peptide that binds to fibrin, a major component of blood clots. "I've been saying it the whole time, this works way better than I thought it was going to work," White says. 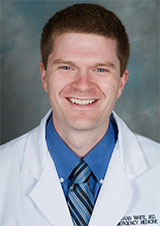 The availability of flexible, no-strings-attached funding sources also contributed to the project’s rapid pace. The researchers pooled discretionary funds from White's training grant and Pun's Robert J. Rushmer professorship in engineering for their initial proof-of-concept studies. "These things start small, with a meeting, and it's all about momentum," White says. In contrast, the traditional approach of applying for grants would have meant waiting a year or more to move forward with the science, and losing that momentum in the meantime.

PolySTAT has a number of advantages over existing strategies to treat severe bleeding: it doesn't need to be refrigerated, and it isn't likely to cause immune reactions the way human blood products can. Although the combination of components hasn't yet been tested in humans, the polymer is an ingredient in contact lenses, while the peptide has been used to help doctors image clots.

Once injected into the body, PolySTAT circulates harmlessly until it encounters fibrin. Then, its peptide loops bind to the fibrin in multiple places, cross-linking the proteins and strengthening the clot.

"The beauty of this is that you don’t need to know where a patient is bleeding from," White says. That could be especially important in patients with internal bleeding, where locating the source can be difficult and time-consuming. But PolySTAT does so effortlessly.

The molecule's mechanism is inspired by Factor XIII, a component of the body’s natural clotting system. But Factor XIII is an enzyme, so it creates these cross-links through chemical bonds, while PolySTAT becomes physically incorporated into a clot. This makes the clot less vulnerable to being broken down while the body’s clot removal system is overactive.

In the first round of test tube experiments, PolySTAT didn’t appear to strengthen clots at all. "If it had just been me I wouldn't have been able to troubleshoot that experiment," Pun says. But White, with his deep understanding of the body's clotting system, recognized that the researchers had used too much PolySTAT. The fibrin binding sites were oversaturated and the polymer couldn't link different strands together.

"We actually had a material that ended up working, but we might not have known that," says Pun. Collaborative cross-links to the rescue once again.

"When I think back on it, it’s kind of amazing, because our technology was just right there waiting for Nathan to walk in the door. "We had just never thought to target clots."

At the right concentration, though, PolySTAT works wonders. In a rat study, all 5 animals treated with PolySTAT survived a potentially lethal cut to the femoral artery, the large vessel that supplies blood to the leg. By comparison, groups of 5 rats given other treatments had 0 to 2 survivors each, the researchers reported in March in Science Translational Medicine.

Next, the researchers will need to see how PolySTAT works in larger animals and conduct safety studies. They say human trials are perhaps five years away.

In the meantime, the collaborative network is expanding. Pun and White are working on other ways to affect the clotting system with PolySTAT or similar molecules, and are forging cross-links with experts in these areas. For example, they are investigating the possibility of using PolySTAT to treat the inherited clotting disorder hemophilia, and contemplating new molecules that could help break up unwanted clots such as those that cause heart attacks or pulmonary embolisms.

"The first major hurdle is to access the clot," says White. "So now we know we can get there... All these other sorts of opportunities are now available."