This summer, Michael Bragg will join the college as the Frank & Julie Jungers Dean of Engineering.

An aeronautical engineer by training, Bragg is currently with the University of Illinois at Urbana-Champaign where he has served as professor and interim dean of the College of Engineering. Bragg brings a wealth of experience to the UW. He has held numerous leadership positions at Illinois, including head of the aerospace engineering department, associate dean for research and administrative affairs, and executive associate dean for academic affairs. 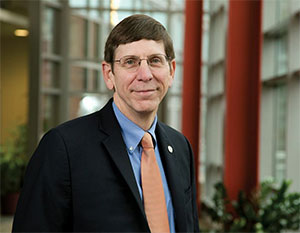 Bragg is an international expert on the effect of ice accretion on aircraft aerodynamics and flight safety. He directed over $15 million in externally funded research and published more than 200 research papers. A Fellow of the American Institute of Aeronautics and Astronautics, he has received several national awards for his work. More than 50 graduate students and five post-doctoral researchers received their advanced degrees under his guidance.

He has been instrumental in curriculum innovation at Illinois, including supervision of the Technology Entrepreneurial Center and is a co-founder of two faculty startup companies. Additionally, Bragg has grown education programs and championed diversity.

You can learn more about him in the fall issue of The Trend. Please join us in welcoming Mike to UW Engineering.

The only way to protect against HIV and unintended pregnancy today is the condom. It’s an effective technology, but not always used.

A UW team has developed a versatile platform to simultaneously offer contraception and prevent HIV. Electrically spun cloth with nanometer-sized fibers can dissolve to release drugs, providing a platform for cheap, discrete and reversible protection.

"Our dream is to create a product women can use to protect themselves from unintended pregnancy and HIV, and to deliver it in a way that women want to use it," said lead researcher Kim Woodrow, an assistant professor of bioengineering.

Electrospinning uses an electric field to catapult a charged fluid jet through air to create very fine, nanometer-scale fibers. The fibers can be manipulated to control the material's solubility, strength and even geometry. Because of this versatility, fibers may be better at delivering medicine than existing technologies such as gels or pills. No high temperatures are involved, so the method is suitable for heat-sensitive molecules. The fabric can also incorporate large molecules, such as proteins and antibodies that are hard to deliver through other methods. 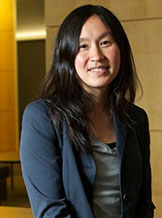 “Our dream is to create a product women can use to protect themselves from unintended pregnancy and HIV, and to deliver it in a way that women want to use it.”

The team first dissolved FDA approved polymers, and antiretroviral drugs used to treat HIV, to create a gooey solution that passes through a syringe. As the stream encounters the electric field it stretches to create thin fibers measuring 100 to several thousand nanometers that whip through the air and eventually stick to a collecting plate. The final material is a stretchy fabric that can physically block sperm or release chemical contraceptives and antivirals. This method allows controlled release of multiple compounds.

One of the fabrics the team made dissolves within minutes, potentially offering users immediate, discrete protection against unwanted pregnancy and sexually transmitted diseases. Another dissolves gradually over a few days, providing an option for sustained delivery, more like the birth-control pill.

The fabric could incorporate many fibers to guard against different sexually transmitted infections, or include more than one anti-HIV drug to protect against drug-resistant strains. Mixed fibers could be designed to release drugs at different times to increase their potency, like the prime-boost method used in vaccines.

The electrospun cloth could be inserted directly in the body or be used as a coating on vaginal rings or other products.

The research team will spend the next year testing combinations that deliver two antiretroviral drugs used to treat HIV and a hormonal contraceptive, and then six months scaling up production of the most promising materials.