From the desk of Dean Michael Bragg 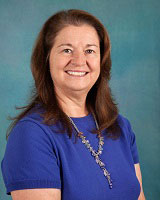 We are pleased to announce that Cecilia Giachelli, who has served as acting chair since fall 2013, has been appointed chair of the Department of Bioengineering beginning February 1, 2015. She has shown tremendous leadership during her time as acting chair and brings deep experience in both medicine and engineering that will continue to strengthen our interdisciplinary ties and position the department to grow and excel in the coming years.

Cecilia, a longtime University of Washington faculty member, currently serves as a professor of bioengineering and leads the Giachelli Lab for Cellular Bioengineering. She has made important contributions to the Department of Bioengineering and to the School of Medicine, where she serves as adjunct professor in both pathology and in oral sciences and was previously the deputy director of the University of Washington Engineered Biomaterials research center.

Cecilia is internationally recognized for her work in the area of vascular calcification leading to the development of molecular and cellular therapies for chronic kidney disease and atherosclerosis. Projects have included mechanistic studies for novel therapeutic targets and treatment for ectopic calcification in disease, traumatic injury, and medical devices, as well as identifying biomimetic strategies for biointerfaces in soft and hard tissue regeneration.

Please join us in welcoming Prof. Giachelli to her new position as chair of Bioengineering.