The team explored and improved designs of additive manufactured metal lattices for applications requiring high energy absorption. They adopted feasible lattice designs, assessed their properties by experiments and modeling, and improved the designs to maximum performance and efficiency. 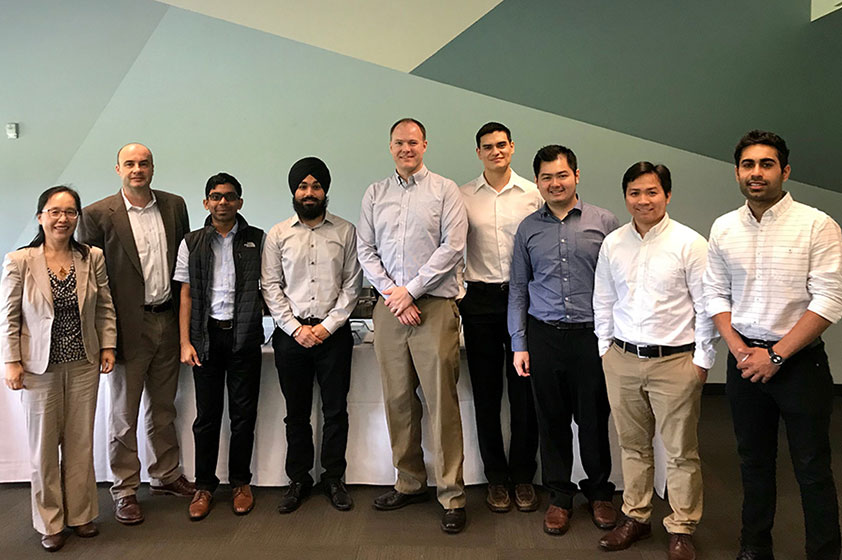 The students worked to develop a device or system to assist mechanics with their work of removing and replacing electrical boxes in the 737 EE Bay during preflight operations. Airplane Maintenance Technicians (AMT’s) manually remove malfunctioning electrical boxes from a small space that is difficult to reach, and then replace the boxes. They must extend their arms and shoulders and apply force while removing the box. Risks that can lead to injuries occur when reaching, pulling, lifting and lowering the boxes. Damage can occur to the product if the box comes into contact with the airplane structure or is dropped. The team developed a prototype material handling device to help remove and replace boxes in the 737 EE Bay, reducing injury risk for this manual task, and formed solutions for handling boxes into and out of place in 737 EE Bay. 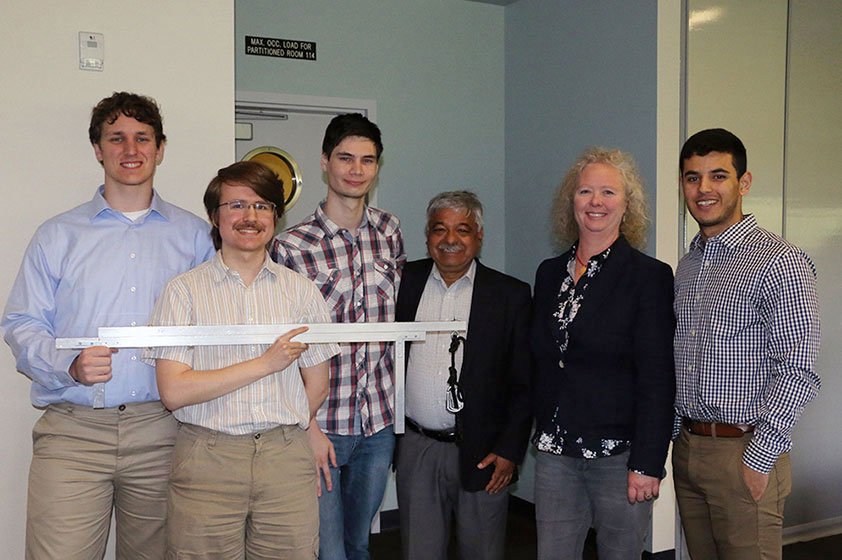 The team set out to design an improved accumulator box for an electric car, focusing on weight savings and improving general composites knowledge. They created a master composite testing document to specify laminate design for different sandwich panels. 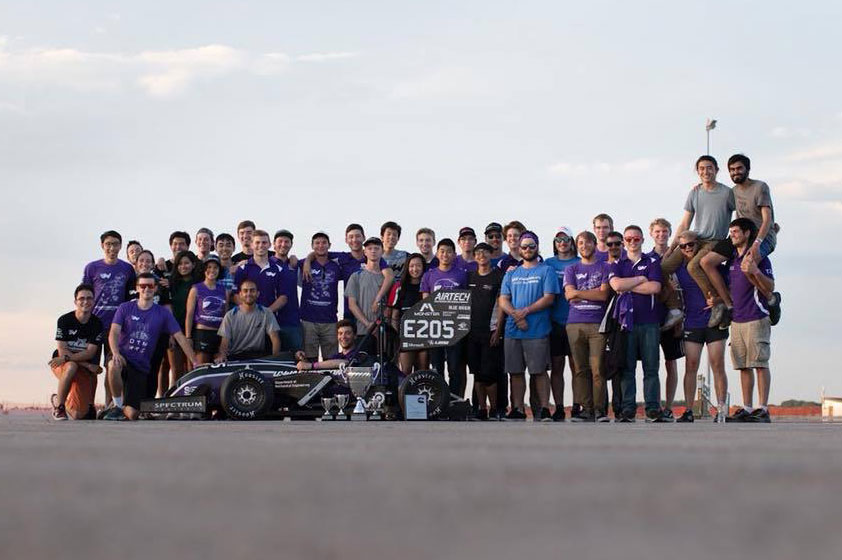 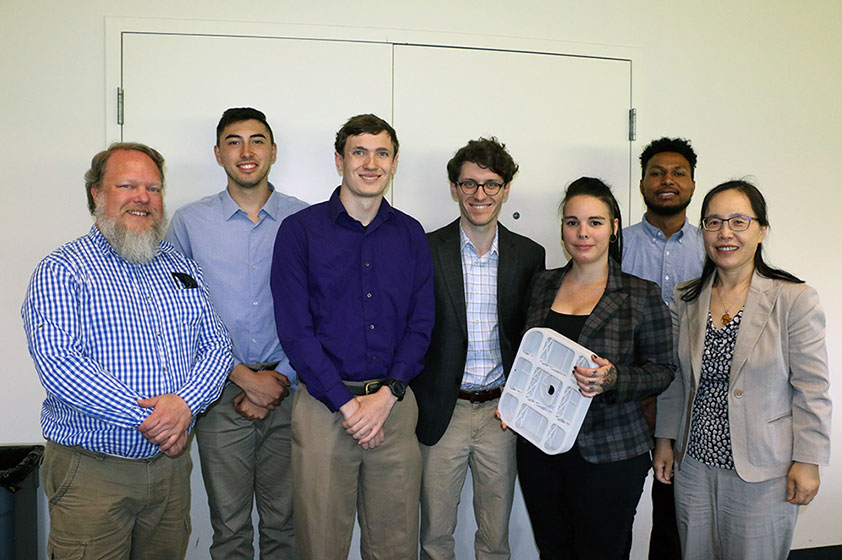 The team worked to explore new design options for tie-rods that can be used in the majority of Boeing airplane locations and reduce the cost of the airplane. They conducted a design analysis of their new concepts and used 3D printing to prototype and test their designs. They also completed a business case that compares the total production cost of their recommended design versus the existing baseline Boeing designs. 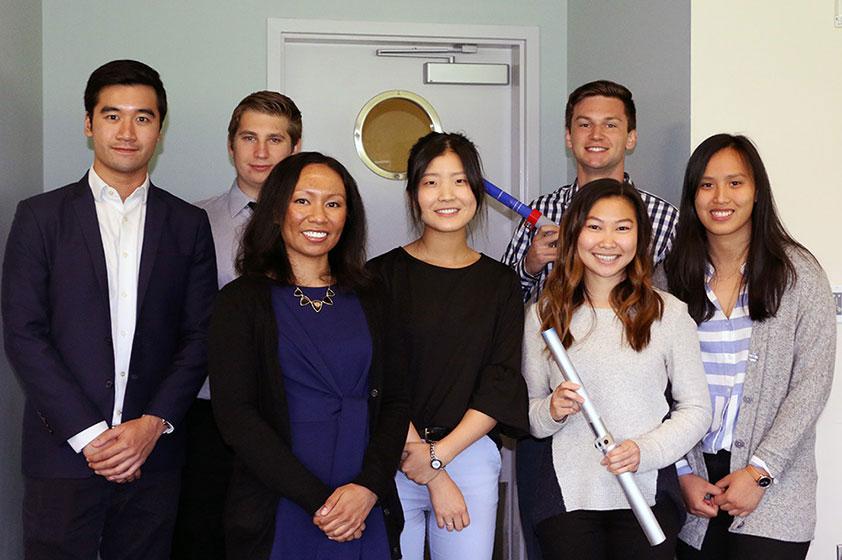 While automation of composite laminates is increasing across the aerospace industry, there remains a large sector of composite parts that require hand lamination of prepreg materials. This may be due to complexity of the part, low build rates, or continued build of legacy work. The force and dexterity required to sweep fabric into defined tool features takes its toll on the human body, often causing wrist, elbow, and shoulder discomfort. The student team set out to develop the next step in sweeping technology, with a goal to reduce or eliminate ergonomic exposures while not impeding the ability to manually sweep materials into place. Students developed concepts for sweep designs to alleviate high risk activities, tested and analyzed sweep design concepts, and determined how to accurately detect muscle strain based on the required work. 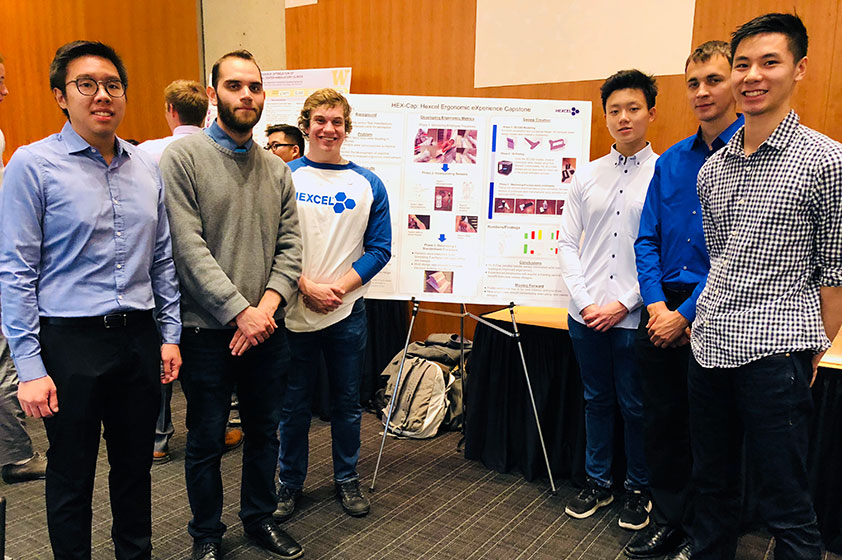 The project aims to establish the efficacy of ammonia production by electrolysis of urea in diesel after-treatment. Ammonia needs to be produced in-situ and injected in the exhaust of diesel engines to reduce NOx formed in the engine before it is released to the atmosphere. The student team set out to combine low temperature thermolysis with electrolysis of urea to facilitate the production of effective concentrations of ammonia in the after-treatment system under “cold start” conditions. To achieve this goal, the student team studied the literature on the chemical processes occurring during thermolysis and electrolysis of urea, selecting a set of equations and kinetic rates to model these processes computationally. Then the team designed, built and tested a laboratory loop mimicking the conditions for electrolysis of urea under moderate temperatures (less than 90 C) and injection into the heated gas exhaust (up to 150 C), recovering liquid/solid DEF and deposits and evaluating the concentration of ammonia in the gas stream. 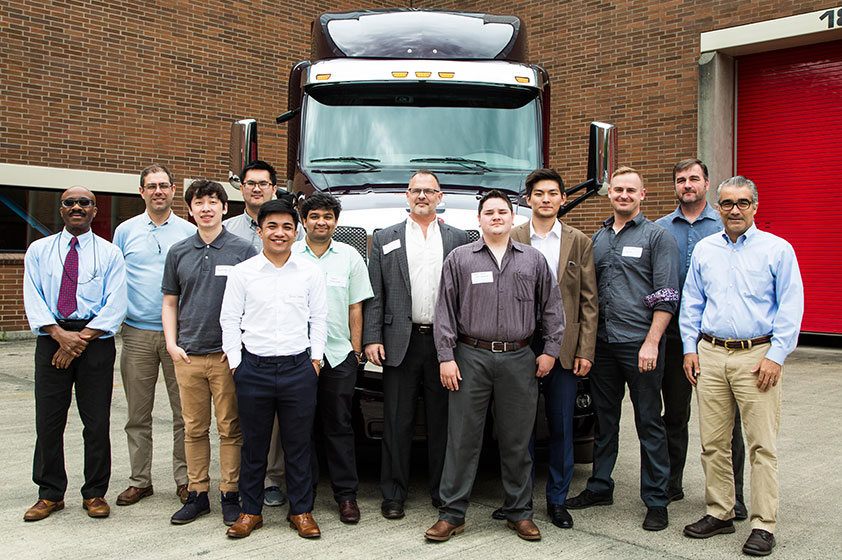