Barnacles on ship hulls may seem more picturesque than problematic, but not if you’re the U.S. Navy and those marine hitchhikers slow down your aircraft carriers and add more than $30 million to annual fuel costs. 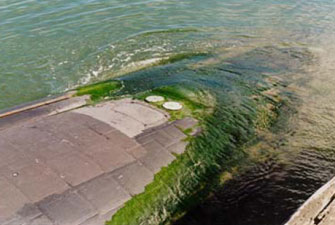 That’s why the Office of Naval Research is funding work to develop new anti-fouling coatings in the labs of Shaoyi Jiang, professor of chemical engineering and adjunct professor of bioengineering.

Current anti-fouling mechanisms in the marine industry are based on heavy metals like tin and copper, which poison anything that attaches to a ship hull. Environmental damage caused by leaching of heavy metals has spurred the search for alternatives.

A similar problem exists in miniature within the human body, affecting everything from contact lenses and endotracheal tubes to artificial joints and implanted heart valves. Proteins sticking to the surfaces of biomedical devices cause millions of contact lens infections every year and require heart patients with implants to take anti-clotting drugs.

The zwitterionic coatings developed in Jiang’s lab are promising for many applications that require biofouling resistance. Many biomedical materials in current use are based on poly(ethylene glycol) (PEG), which is less stable in complex environments.

Jiang’s team manipulates surface micro-environments at the molecular level to create coatings that interfere with protein binding. In these zwitterionic coatings, ions alternate perfectly between positive and negative charges. This perfection in the protein’s charges makes it impossible for naturally occurring proteins—whether algae, bacteria or blood cells—to bind to the surface.

Jiang sees his work as a cycle, from molecular principles to product development. “We start with molecular-level understanding and design. Once we find a candidate material, we synthesize and characterize it. Then we perform biological studies, and develop products for specific applications.

“Applications are very important—that’s the real challenge,” Jiang said, “because you have to meet requirements in the real world” such as a recent ban on tin-based marine coatings and U.S. Navy requirements that replacement coatings be environmentally benign and stable for 10 to 12 years.

Jiang considers collaboration across disciplines a strong point at the UW. “Otherwise,” he said, “this work would go nowhere.” He cites UWEB, a National Science Foundation engineering research center, as a good example.

“Our work is focused on designing a principle rather than specific products,” he explained. “Once we get a principle—such as the perfection of positive and negative charges as an anti-fouling mechanism—then products follow.”

"Once we get a principle—such as the perfection of positive and negative charges as an anti-fouling mechanism—then products follow."
- Shaoyi Jiang

From the Office of Naval Research: