By Chelsea Yates
Photos by Mark Stone / University of Washington 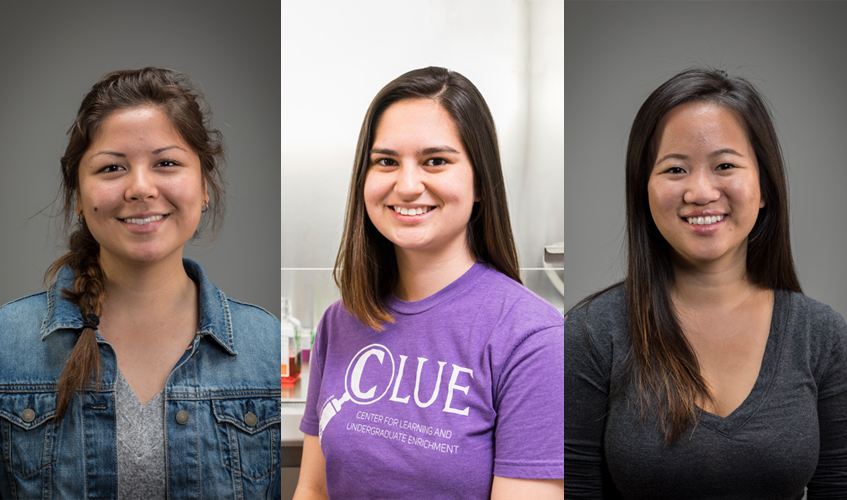 Launched in 2013, the STARS academic redshirt program is designed to increase the number of students from economically and educationally disadvantaged backgrounds who graduate with UW engineering degrees by providing them with extra academic support, community, mentoring and funding. STARS students participate in a “redshirt” year their first year during which they develop study skills and deepen their foundation in math and science to help them succeed in their engineering studies.

With this redshirt year, STARS students typically spend five years at the UW. However, we are pleased to highlight and congratulate three students from STARS’ first cohort who have completed the program — and their engineering degrees — in four. 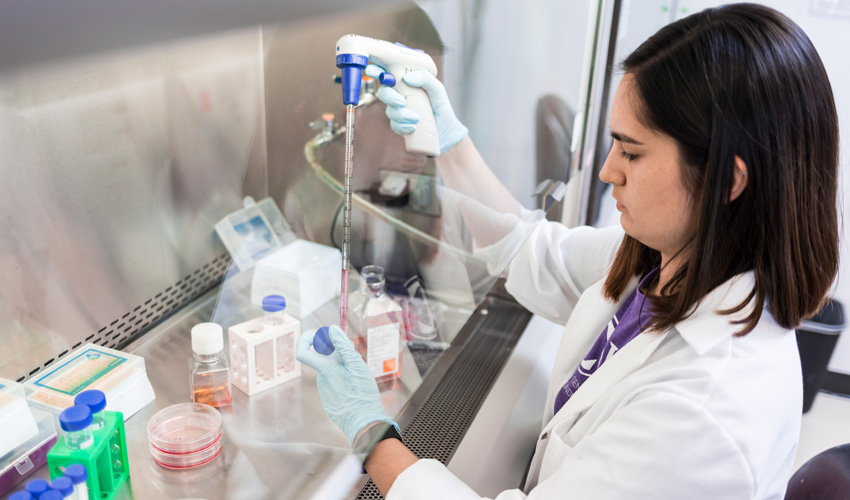 I became interested in bioengineering because of its direct impact on improving quality of human lives. I was initially interested in prosthetics, but I’ve changed focus several times while in the major and I’m still exploring. Bioengineering is a broad field, and I didn’t know that I would be exposed to so many areas. I knew that it would be a very competitive program, but STARS set me up for success in many ways.

What’s been the most memorable part of STARS?

My second year at the UW, I tutored first-year STARS students and truly enjoyed it. That experience led me to apply for a few part-time tutoring jobs on campus. I’ve worked as a tutor in the Engineering Academic Center and CLUE (Center for Learning and Undergraduate Enrichment). I’ve also partnered with another bioengineering student to set up a BioE study center where students can mentor other students. I had no idea I enjoyed teaching and mentorship as much as I do. STARS opened that up for me.

STARS also provided foundational coursework and helped me strengthen my problem-solving skills. It also introduced me to a support network of friends, study partners and mentors right from the start. And it taught me how to balance priorities, responsibilities and interests.

This year I’ve been working in bioengineering assistant professor Jennifer Davis’s lab, where the research is focused on applying molecular and genetic engineering to study fibrotic wound healing. In particular, how — at the cellular and molecular level — tissue, especially in the heart, repairs itself. After graduating, I’ll be changing paths through an internship focused on vaccines at the Infectious Disease Research Institute. While I’ve enjoyed all the research I’ve done in my undergraduate career, I’m still figuring out what I want to focus on in the long term. Once I have a better grasp on that, I plan to return to school for a Ph.D. I’m excited to see where new opportunities will take me. 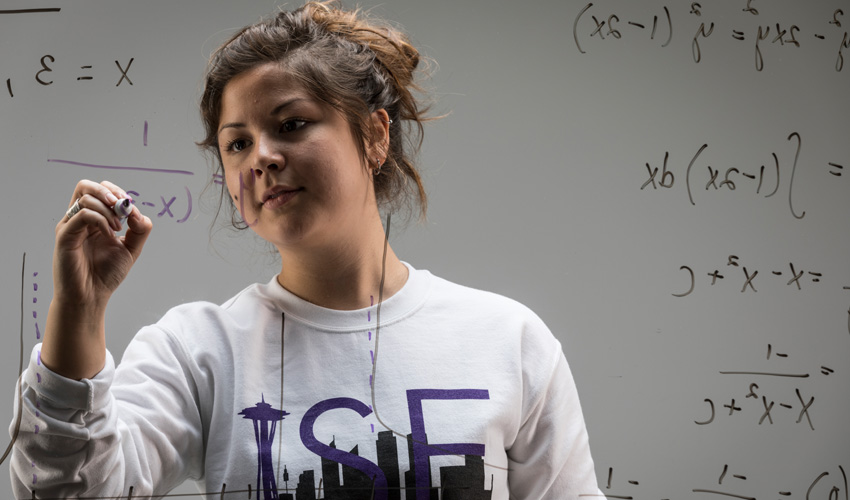 I took a career placement test in high school, and the results suggested that I should consider industrial engineering. At the time I had no idea what that was, but it sounded interesting: people-focused engineering with a business angle. STARS exposed us to the many different areas of engineering. I found myself gravitating to industrial engineering, and I’m glad I did — it’s been a great fit. So I guess sometimes those job placement tests you take in high school are accurate. Who knew?!

What’s the best part about STARS?

Definitely the community. STARS students are from underserved communities across Washington, and many of us wouldn’t have the opportunity to pursue engineering without STARS. Our first year, we take most all our classes together, and we study together all the time. It’s like having a built-in support network based on shared experiences and interests. STARS helped make the UW (which seemed huge and overwhelming) small and inviting. I met my best friend, Tuyen, through STARS; I’m happy that we’re going to graduate together.

Without STARS, I would have struggled greatly. I didn’t know what I didn’t know, and STARS filled in a lot of blanks. For example, I had no idea how important internships are for engineering students, or why students should get involved early in research. I feel that I owe a lot to STARS.

I’ll be in a job rotation program at Honeywell Aerospace. Over three six-month intervals, I’ll be immersed in key areas of industrial and systems engineering: industrial production, data analysis and supervision. I’m excited to put my degree to work. 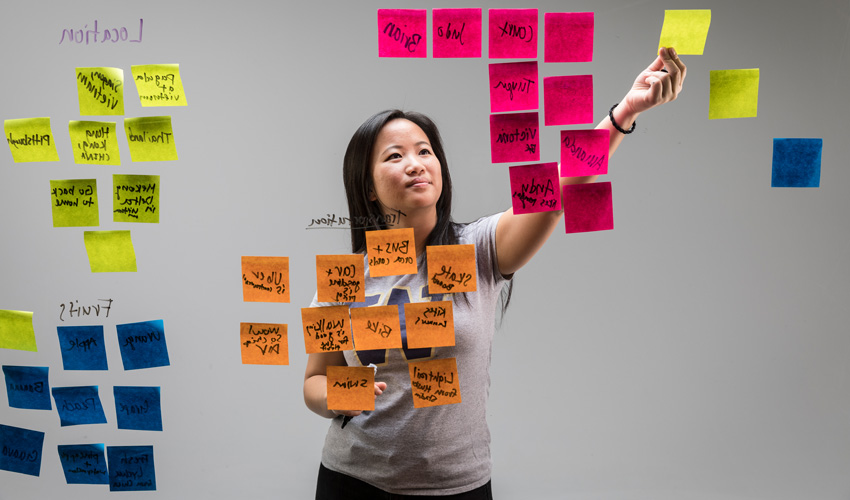 I originally wanted to study civil engineering, but my interests shifted during my first year at UW. I thought about changing my major to psychology because I love studying human development and interactions, but my long-time passion for technology motivated me to stay in engineering. In high school, I had the opportunity to build my own computer through the MESA program — it was very empowering and instilled in me an interest in and curiosity for technology. I first learned about HCDE through STARS — it seemed like a field in which I could align my interests in human behavior and creativity with math, science and technology.

What’s been most memorable for you about STARS?

During our first year, we participated in a math problem-solving workshop. Oh wow. I thought I was good at math, but I quickly discovered that I had a lot to learn. The workshop ended up being more about developing problem-solving skills than math, and I’ve held on to those skills ever since. My cohort really bonded because of that workshop. The friendships I’ve developed through STARS have been so important — not just on a social level, but also for encouragement because we are all hardworking and highly motivated. I’m especially grateful to STARS for introducing me to my best friend Courtney.

I hope to find a position in UX design and/or content strategy. But I also have so many post-graduation projects lined up! I recently got a DSLR camera, and I can’t wait to learn how to use it. I also want to brush up on my cooking skills and plan to spend a lot time in my mom’s kitchen this summer learning recipes and tips. But I’m most excited to go back to Vietnam with my parents, grandma and four sisters. It’ll be our first time back since immigrating to America in 1997. It’s going to be a wild experience stepping foot into the house I once lived in as a baby!