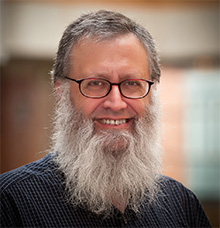 Beloved computer science & engineering professor David Notkin passed away on April 22, 2013. David came to the University of Washington in 1984 after receiving his PhD from Carnegie Mellon University. A respected leader, David served as department chair of CSE from 2001 – 2006 and played a critical role in the development and opening of the Paul G. Allen Center for Computer Science & Engineering. Most recently, David served as associate dean of research and graduate studies in the College of Engineering. He held the Warren F. and Wilma K. Bradley Endowed Chair in Computer Science & Engineering.

David's research interest was in software engineering, with a particular focus in software evolution. His work was recognized with an NSF Presidential Young Investigator Award and he was an ACM and IEEE Fellow. He was honored with the AMC SIGSOFT Influential Educator Award, the AMC SIGSOFT Distinguished Service Award and he received the UW Distinguished Graduate Mentor Award.

David was an advocate for the advancement of women in information technology. He studied under Nico Habermann and took his philosophy about working with students from him: "Focus on the students, since graduating great students means you'll produce great research, while focusing on the research may or may not produce great students." David leaves a powerful legacy in the many students he advised and mentored.

Perhaps most importantly, David was a devoted husband and father. His family was his greatest joy. Our hearts go out to them and we join David's CSE colleagues in honoring his memory. David's impact will be felt for years to come.