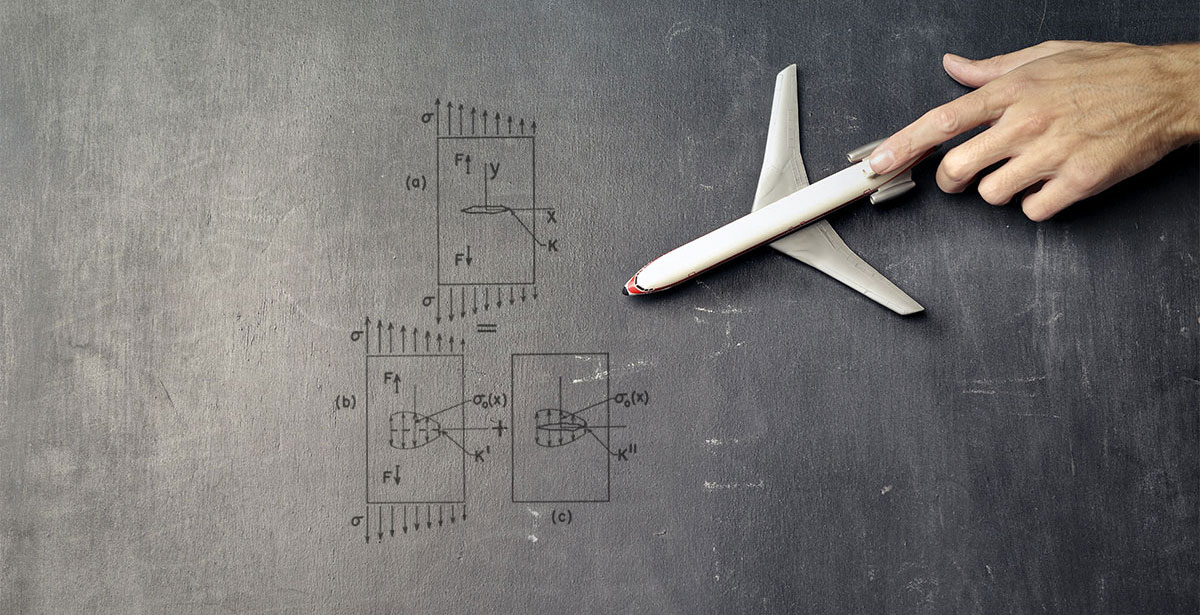 This year we look back on 60 years of Paris’s Law: the equation, which predicts how fast a structural crack will grow under repeated stress, revolutionized airplane design.

“Paris was one of the architects of fracture mechanics, now a standard part of engineering education,” says Ramulu Mamidala, the Boeing-Pennell Endowed Professor in Mechanical Engineering (ME), who teaches Paris’s Law in his graduate courses. “His work created the basis for new analytical methods to address fatigue crack problems and is still very relevant today.”

In the mid-1950s, three passenger jet crashes put the commercial airline industry on high alert. Investigators surmised what had happened — cracks had developed in the fuselages, and the planes shattered — but they weren’t sure why. At the time, engineers were unaware of how fatigue, fracture and stress were related.

“Until Paris, there was no theoretical explanation for predictions of failure caused by cracks,” Mamidala explains.

The Boeing Company was developing its first passenger jet when Paris, newly minted with a mechanics master’s degree from Lehigh University, joined as a research associate in 1955. He was asked to look into what caused the recent crashes.

He set to work on what would become Paris’s Law. From 1957-60, Paris was an assistant professor in the UW’s civil engineering department; during that time he wrote his first paper, which expanded ideas introduced a few years earlier by another fracture mechanics pioneer, George Irwin, and suggested that a crack’s growth rate depends on the stress intensity factor.

Though Paris’s ideas presented a way to quantify and predict structural integrity, his approach was considered unconventional, and none of the leading journals published it. So, in January 1961, after leaving the UW to return to Lehigh for his Ph.D., Paris published his paper, “A Rational Analytic Theory of Fatigue,” in The Trend.

Paris’s ideas were widely embraced by scientists and engineers. Before the decade ended, the U.S. Air Force and Federal Aviation Authority required fracture analysis to be part of all aircraft design. Today Paris’s Law touches nearly every area of engineering — from aerospace and infrastructure to biomedicine and new materials research — anything that involves machine parts and vibrations.

Although Paris’s time at UW was brief, he left a lasting impact in mechanics, structures and materials research across the College. ME Professor Emeritus Albert Kobayashi became a world-renowned expert in fracture mechanics, pioneering studies of dynamic crack propagation. Several students — including Royce Forman, ’62, R.C. Shaw ’66, Frederick Smith ’66, and William Bradley, ’69 — furthered the field as well. It’s estimated that his Trend paper has been cited more than 15,000 times.

“I’ve always heard that Paris was an exceptional teacher, mentor and problem-solver,” says Mamidala, who received his Ph.D. from ME in 1982 and also studied under Kobayashi. “I am fortunate to be a part of this legacy and to have followed the footsteps of those who paved the way.”