The Washington STate Academic RedShirt (STARS) program is making waves college-wide by setting students up for boundless opportunities in engineering. And it's only in its third year. What's next? 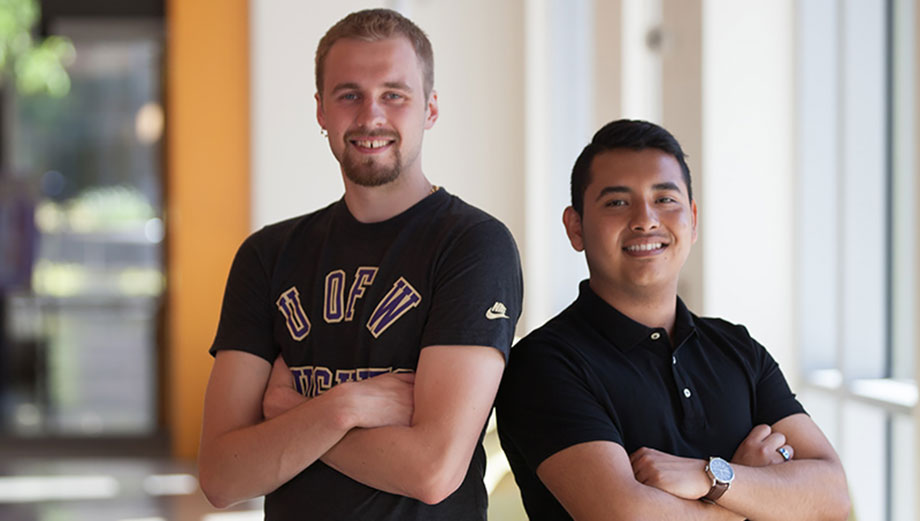 When asked why he decided to study engineering, Jorge Gomez answers in one word: dams. As a kid growing up in Tri-Cities, Washington, he'd go camping along the Columbia River, and he became fascinated with the way dams worked. When he discovered that engineers brought together nature and technology to produce energy through dams, Gomez decided he wanted to be an engineer. The UW had a strong engineering school, so he set his sights on becoming a Husky.

He was both excited and anxious. The first in his family to attend college, Gomez wanted to set a positive example for his younger siblings, but he didn’t want to be apart from them. His parents, though supportive of his education, depended heavily on him at home. "I'm not going to lie, I initially feared coming to the UW because I would have to leave my family," he says. Additionally, he didn't know who to ask for advice on transitioning to college life. He'd received decent grades in high school but he worried that he wasn't academically prepared to compete with other engineering students.

"Luckily I found STARS," says Gomez, who is finishing his first year. "If it weren’t for STARS, I probably wouldn’t still be a student here."

"It is a social justice issue that economically and educationally-disadvantaged students be given every opportunity to pursue high-value UW degrees, such as those offered by the College of Engineering."

Gomez is one of 75 students enrolled at the UW through STARS, a program designed to increase the number of students from economically- and educationally-disadvantaged backgrounds who graduate with UW engineering degrees by providing a strong foundation through extra academic support, mentoring and funding.

Historically, fewer than half of the students who enter the UW intending to study engineering complete engineering degrees. The success rate is nearly 20% lower for students from low-income and underserved communities. Often, these students have difficulty gaining admission to engineering departments due to inadequate high school preparation.

Even students who earn As in high school aren’t necessarily prepared for the difficulty of college-level classes. Many become discouraged and turn away from engineering. 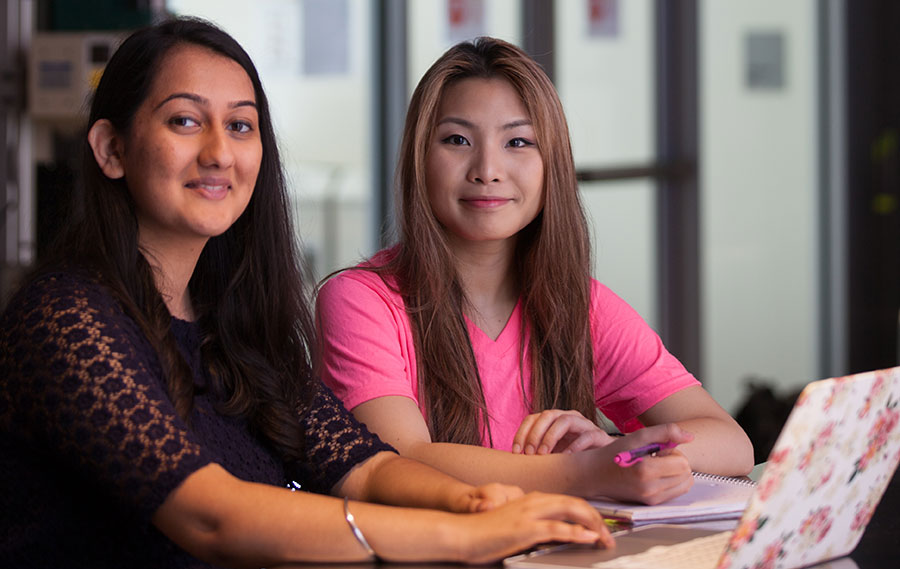 "It is a social justice issue that economically and educationally-disadvantaged students be given every opportunity to pursue high-value UW degrees, such as those offered by the College of Engineering," says Eve Riskin, a professor in electrical engineering and the College's associate dean for diversity and access. In collaboration with colleagues at the UW and Washington State University, Riskin secured a grant from the National Science Foundation in 2013 to implement STARS, originally modeled after University of Colorado-Boulder’s Engineering GoldShirt Program.

One of several access programs offered by the College, STARS focuses on building academic skills, providing students with a supportive community and educating them about the different types of engineering paths to find the right fit.

To think in terms of college athletics, STARS offers participating students a "redshirt year:" students spend five years at the UW, using the first year to develop the skills they'll need to succeed in engineering.

At the UW, 32 incoming freshmen are invited to participate annually. Entry into the program isn’t based solely on academic performance, as STARS program director Sonya Cunningham explains, "It's not just about how smart you are but how hard you're willing to work." Students must tackle a workload drastically different than high school.

First-year STARS student Donavan Erickson can attest to this: "Nothing in high school prepared me for the amount of time and energy that it takes to do well at the UW, and I’m so thankful for the foundation in these areas that STARS is giving me."

In many underserved high schools, classes like calculus, chemistry and physics may not be offered, and when they are, they’re not usually at the same level of rigor as similar courses taught elsewhere. As a result, students may do well but aren’t prepared. Cunningham explains, "Students who scored high by memorizing facts and formulas still need to develop different skills to be successful—namely problem-solving and critical thinking."

Students develop study skills through regular meetings with STARS advisers, participation in study groups and by spending time at the UW's Engineering Academic Center. They take classes together as a cohort and look to each other for support. STARS students are required to live on-campus their first two years and are placed in the same residence halls.

For Erickson, the STARS community makes all the difference. "I'm closer to my peers, closer to campus resources like the engineering, math and writing centers, and I have a network of people that I can ask when I need help," he explains.

Only in its third year, STARS is reporting positive impact in terms of student retention and performance. Overall, STARS students have achieved higher GPAs and performed better in their math and science courses relative to students who were eligible for STARS but didn't participate. And 83% of them have been retained in engineering to their sophomore year, compared to just 53% eligible but non-participating students. STARS students are also significantly more familiar with student resources on campus, such as academic help desks, centers and faculty office hours.

Since STARS began, enrollment of under-represented minority students has increased by 93.5% while overall enrollment in the College has increased by 30.5%. Classrooms are more diverse, which means students of all backgrounds are better prepared to enter an increasingly diverse work environment.

The program's impact is rippling through the College. Since STARS began, enrollment of under-represented minority students has increased by 93.5% while overall enrollment in the College has increased by 30.5%. Classrooms are more diverse, Riskin says, which means students of all backgrounds are better prepared to enter an increasingly diverse work environment.

Both Riskin and Cunningham would like to accommodate more students in STARS, but to do so will require additional staff, resources and scholarship funding.

But they're thrilled with the program's success so far. Dedication is what drives the program, they say — dedication from students, staff, faculty and the College. Cunningham adds that one of the most exciting aspects of STARS is continually observing how well students do when expectations are set high. "We see it with each new cohort — with guidance, structure and support, students will rise to the challenges set before them," she says.

Students feel that dedication, too.

"Care is at the core of STARS," explains Gomez.

STARS students who have fulfilled program requirements by the end of their first year are guaranteed a spot in one of the UW's engineering programs. Both Gomez and Erickson hope to pursue electrical engineering and feel they are much better positioned to succeed in it than they would have been without STARS.

"When I came to the UW, I was one person, and now, thanks to STARS, I’m a very different person — more focused, more conscious, more engaged, more prepared," Erickson says.

Learn more at The STARS Program »