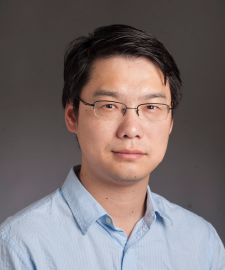 Di Xiao joins the Department of Materials Science & Engineering from Carnegie Mellon University where he was a professor of physics. At the UW, he plans to continue his work on theoretical condensed matter physics with applications in energy-efficient quantum electronics and quantum computing.

Xiao develops novel ways to probe and control magnetism in van der Waals materials. He investigates novel phenomena, including transport and optical signatures of topological phases and heterostructure engineering of novel quantum states. Xiao is a renowned theorist in the field of quantum materials. He has been named a Thomson-Reuters Highly Cited Researcher every year since 2017, with his work cited over 34,000 times and holding an h-index of 61.