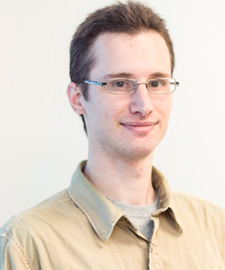 Sergey Levine will join Computer Science & Engineering in the spring as an assistant professor. He comes from UC Berkeley where he was a postdoctoral researcher focusing on machine learning, robotics and optical control.

He has been awarded graduate fellowships from NVIDIA and the National Science Foundation, and received the Best Robotic Manipulation Award at IEEE for his work on learning controllers for complex manipulation tasks.