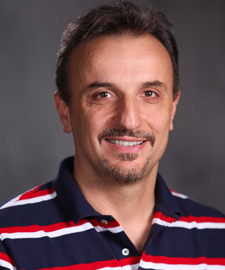 Behcet Acikmese joins Aeronautics & Astronautics as an associate professor. Previously, he was an assistant professor at the University of Texas at Austin where he developed a new key algorithm to improve the precision of future planetary landing missions. He was a key member of the Mars Science Laboratory entry, descent and landing team, contributing to the most autonomous planetary mission to date.

Behcet researches spacecraft control and technology systems and applications to improve rocket autonomy. He is developing an analytical framework and computational methods to improve autonomous systems. He also explores the connections between human and machine decision making in autonomous technology. His research in cyber-physical interactions may improve other autonomous systems to monitor oil spills and arctic ice levels.

He received an NSF CAREER award, and he is an associate fellow of American Institute of Aeronautics and Astronautics and a senior member of the IEEE.