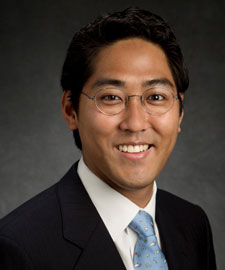 Sewoong Oh arrives from the University of Illinois at Urbana-Champaign (UIUC) where he was an associate professor in industrial and enterprise systems of engineering. Prior to UIUC, he was a postdoctoral researcher at Massachusetts Institute of Technology's Laboratory for Information and Decision Systems. Sewoong's research focuses on the theory and practice of machine learning and stochastic networks. He works on the fundamental challenges in generative adversarial networks, both in theory and practice. He studies how cryptocurrency applications like Bitcoin and anonymity-preserving mobile programs like Whisper can be made scalable and robust but vulnerable to malicious attacks. He developed open source implementations that demonstrate key machine learning theories to protect messaging platforms.

Sewoong has received several grants from the NSF, Army Research Office and Google to explore privacy preserving mechanism design and theoretical understanding of neural networks. He was co-awarded the Best Paper Award at SIGMETRICS 2015 and received an NSF CAREER award in 2016.