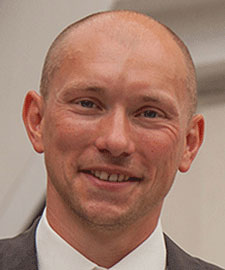 René Just returns to the Allen School this fall as an assistant professor. His research focuses on advancing software correctness, robustness and security. As a postdoctoral researcher in the Allen School, René investigated the relationship between artificial faults, called mutants, and real faults, and the suitability of mutants for empirical research in the software testing domain. His foundational FSE'14 paper has been cited more than 250 times. René developed research and educational infrastructures, named Defects4J and Major, which are widely adopted and have enabled large-scale, award-winning empirical studies. Defects4J, a first-of-its-kind benchmark for software testing and debugging research, has been referenced more than 300 times. René plans to continue researching software testing and debugging approaches as well as models for predicting software defects and vulnerabilities.

René's work has been recognized with three ACM SIGSOFT Distinguished Paper Awards at FSE, ISSTA, and ASE, and his work has been supported by the National Science Foundation.