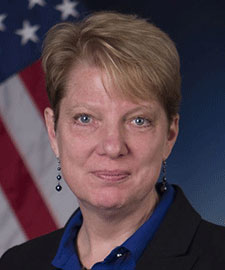 Lisa Zurk joined the UW last spring as a professor in electrical and computer engineering and executive director of the UW Applied Physics Laboratory (APL-UW). She was most recently a program manager in the Strategic Technologies Office at the Defense Advanced Projects Research Agency (DARPA). She was an APL-UW associate scientist during her tenure at Portland State University (PSU) and a principal investigator in collaborative sponsored research with APL-UW scientists. At PSU, she was a professor of electrical and computer engineering and founded and co-directed the Northwest Electromagnetics and Acoustics Research Laboratory. Lisa previously spent 10 years at MIT's Lincoln Laboratory working on national security programs in the areas of radar signal processing and underwater acoustics for advanced sonar systems.

She received the Presidential Early Career Award for Scientists and Engineers, an NSF CAREER award and the ONR Early Faculty Award. She was selected as a recipient for a Murdock Grant, an NSF MRI Grant and was a Fulbright scholar.