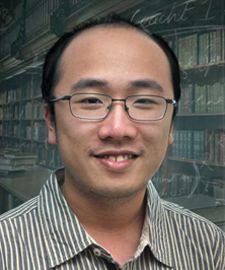 Yin-Tat Lee joins the Allen School this fall as an assistant professor after completing a postdoctoral appointment with the theory group at Microsoft Research.

Yin-Tat has received Best Student Paper awards at FOCS and SODA in 2014 and 2015, and an award for Notable Article in Computing 2014 by Computing Reviews.