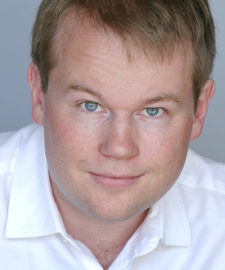 Michael B. Taylor will join the UW this fall as an associate professor in both the Allen School of Computer Science & Engineering and in Electrical Engineering. Previously, he was a professor at the University of California, San Diego and the director of the UCSD Center for Dark Silicon.

Michael’s research focuses on evolving computers in response to emerging application domains and changing VLSI scaling properties. As a Ph.D. student, he led a team that implemented the 16-core Raw tiled multicore processor, foreshadowing the industrial shift to multicore, including Intel’s recent adoption of a mesh architecture Skylake SP.

At UCSD, he led the effort to understand the dark silicon problem, the portion of a chip’s silicon that must remain passive, or dark, due to power constraints, and proposed the use of HLS to generate energy-saving accelerators in mobile phone chips, an approach now employed by Apple and Qualcomm. His team’s most recent work is on ASIC Clouds, which are purpose-built datacenters composed of large arrays of ASIC accelerators. These ASIC Clouds optimize the total cost of ownership of large, planet-scale chronic computations emerging in the cloud, including deep learning, cryptocurrency mining, computer vision and video transcoding. Michael is considered one of the world’s foremost experts on Bitcoin mining hardware, and is an avid chip designer, recently completing with his team a 511 RISC-V processor and neural network accelerator in TSMC 16nm technology.