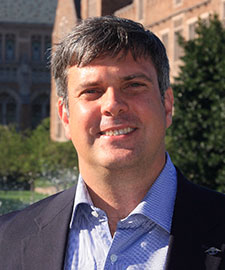 Bruce Hinds comes to the UW from the University of Kentucky where he was a professor of chemical and materials engineering. He will begin this fall as the Campbell Professor in the Department of Materials Science & Engineering.

Bruce researches nanostructures and nanoscale fabrication, such as electronics fabrication at the molecular level and novel technologies for nano-lithography. His research group at the University of Kentucky created a new method to form carbon nanotube membranes using nanoscale ion tubes to pump fluid thousands of times faster than conventional materials. With funding from the NIH, he developed a smart skin patch to treat nicotine dependence.