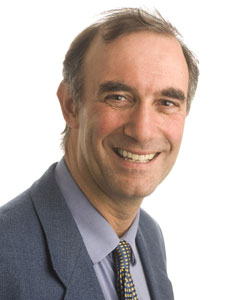 Daniel S. Kirschen was appointed to the Close Professorship in Electrical Engineering in the spring of 2011. He came to UW from the University of Manchester (UK) where he was professor of electrical energy systems and head of the Electrical Energy and Power Systems research group. Prior to joining academia, he worked at Control Data Corporation and Siemens-Empros, developing advanced applications software for electrical utilities.

Kirschen’s research in smart grid technology strives to balance the three basic goals of power systems: reliable service, low costs, and integration of renewable sources by integrating communications, sensors and controls to improve energy systems. Other areas of his research include operational security of power systems to understand the processes that lead to large-scale blackouts. He has also studied electricity markets and authored a widely-used textbook on power system economics. His next challenge is to develop resources that meet the evolving needs of the electricity supply system.

Kirschen’s awards and honors include the Prize Paper Award at the 11th International Conference on Probabilistic Methods Applied to Power Systems in 2010, and he was named IEEE Distinguished Lecturer in 2009 and a Fellow of the IEEE in 2007.