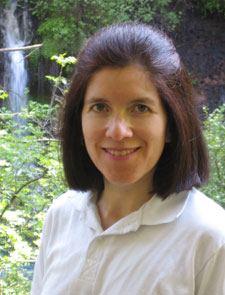 Cecilia Aragon joins Human Centered Design & Engineering in the fall of 2010 and has been a staff scientist in the Computational Research Division at Lawrence Berkeley National Laboratory since 2005. Her current research focuses on scientist-computer interaction, a subfield of human-computer interaction, and she is interested in how social media and new methods of computer-mediated communication are changing scientific practice. She has developed novel visual interfaces for collaborative exploration of very large scientific data sets, and has authored or co-authored over 30 peer-reviewed publications and over 100 other publications in the areas of computer-supported cooperative work, human-computer interaction, visualization, visual analytics, image processing, machine learning, cyberinfrastructure, and astrophysics.

Aragon's work on the Sunfall data visualization and workflow management system for the Nearby Supernova Factory helped advance the study of supernovae in order to reduce the statistical uncertainties on key cosmological parameters that categorize dark energy, one of the grand challenges in physics today. Her early research was in theoretical computer science and analysis of algorithms. She is the co-inventor of a data structure, the treap, which has been commended for its elegance and efficiency and is now widely used in production applications ranging from wireless networking to memory allocation to fast parallel aggregate set operations.

Aragon has received many awards for her research, including the 2008 Presidential Early Career Award for Scientists and Engineers (PECASE). She was named one of the Top 25 Women of 2009 by Hispanic Business Magazine. Aragon actively supports diversity in computing and is a founding member of Latinas in Computing.